The Making of the First Hybrid Porsche 911

The Making of the First Hybrid Porsche 911 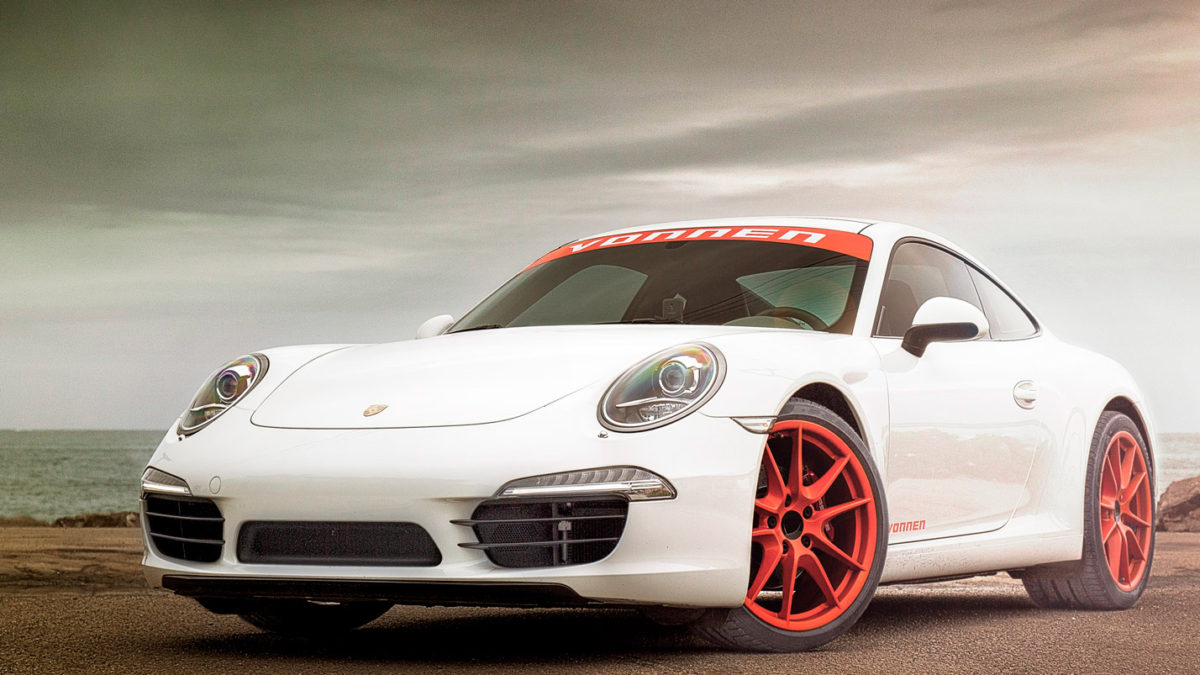 A New Dawn In Performance

When setting out to develop what we now know as Shadow Drive, a first-of-its kind performance hybrid retrofit system, we knew the significance. We were creating a whole new category of power adders that could be fit to any vehicle.

This was a ground-up rethink of what it meant to integrate substantial power gains to modern and classic cars alike.

Hybrid and electrification is clearly the technology of new performance cars. The 918 Spyder, LaFerrari, NSX and other modern supercars use hybrid technology to reach incredible performance levels. F1 KERS showed fuel efficiency gains of performance hybrid on the race track. Without adding emissions. Hybrid can deliver this without the temperament of highly-tuned race engines.

But modern cars are not for everyone. Give me a mechanical driving experience with the scream of the engine on-cam, and a clutch for my left foot, please.

Observing this led Vonnen founder Chuck Moreland to pose questions; what if performance hybrid technology were adapted to existing cars like the 911, Cayman, or classic cars? Could we achieve super performance while retaining the sounds, sensations, and styling of the cars we love? Could this be seamlessly integrated into both the driving experience and the mechanical? Could it be easy to retrofit, barely visible and emissions friendly?

We thought it possible and set to work. This began a 3-year effort culminating in what we now know as Shadow Drive.

This 2013 911 is the first finished Shadow Drive car christened V1 (Vonnen 1 or Version 1). A car of humble origins, V1 started as a base model 991 C2. A sporting car to be sure, but its stock 350HP is far short of supercar performance. With the addition of Shadow Drive’s debut 150HP, V1 became a an impressive ambassador with 500hp on tap.

V1 would go on to become our “Yellowbird” – the car that captivated the automotive press and put Vonnen on the map. The way it delivers power is so well integrated and impressive that it has been described as by media reviewers as “two extra cylinders grafted on” or “Popeye gulping Spinach.”

V1 is the first proof point that answers the questions posed by Chuck is a resounding “YES”. By all accounts Shadow Drive delivers. With 500 HP the performance is impressive, but the surprising take-away consensus of reviewers is how seamlessly Shadow Drive is integrated into the driving experience and the chassis. Sum it up as “this is how Porsche would do it.”

Shadow Drive notwithstanding, the rest of V1 remains completely stock. Although tempting to update the suspension, brakes, and body to match the formidable extra 150 HP, it is left stock to clearly communicate how seamlessly Shadow Drive integrates with the car in final form. Its power deliver is so smooth, so seamless, so factory-like, that any enhancements would be nice-to-haves rather than must-haves needed to tame an unruly or unwieldy vehicle.

The bright orange accents, including the wheels and vinyl touches (yes, it’s just a stock white 911 underneath) were a nod to the color code used on high-voltage cabling, indicating that this particular C2 was harboring an electrifying secret.

Some cornerstones of the design that made it possible:
– Motor/Generator replaces the stock flywheel. Effectively becomes an electric flywheel positioned inside the existing bell housing. This patent-pending approach creates great portability to different drivetrains and chassis.
– Extremely power-dense battery. Enables compact size and lightweight for ease of concealment and low impact to handling dynamics.
– Shadow Drive control system. Monitors and reacts to, but does not change, existing engine operation. Existing engine ECU is unchanged, unaware and unaffected by the presence of the Shadow Drive overlay.
– High power. Say no more.

Performance Hybrid retrofit is a new category indeed. With a design approach that gives it legs across a broad spectrum of vehicle types, Shadow Drive is the pioneer and V1 is the launch. 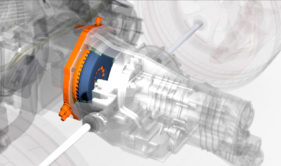 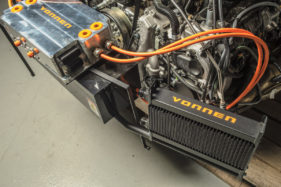 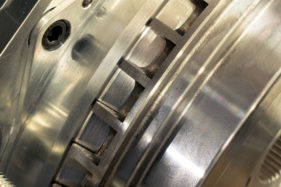 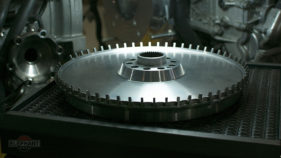 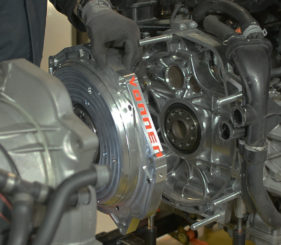 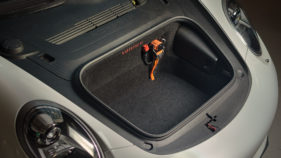 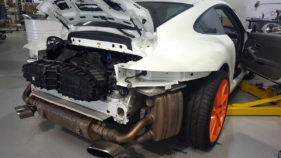 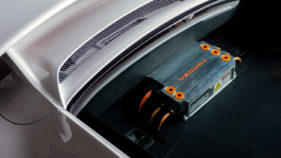 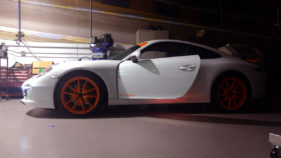 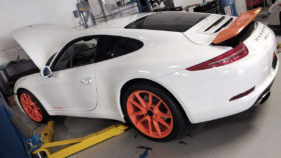 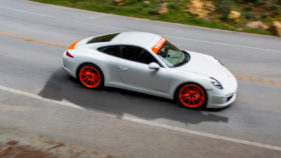 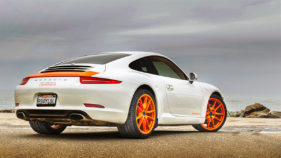 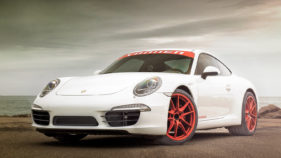